The six-hour-long outage of Facebook, Instagram and WhatsApp services on the night of October 4 may have kept the digitally connected lot from scrolling through their feed, but triggered a meme-fest on Twitter.

Various homegrown brands and the top bosses tried their best to cash in on this opportunity.

Admiring Twitter and CEO Jack Dorsey’s sense of humour, Edelweiss Mutual Fund MD and CEO Radhika Gupta said, “everyone needs a funny bone!” Last night after the outage, the micro-blogging platform wished everyone a ‘hello’, and other global tech brands joined in the conversation. 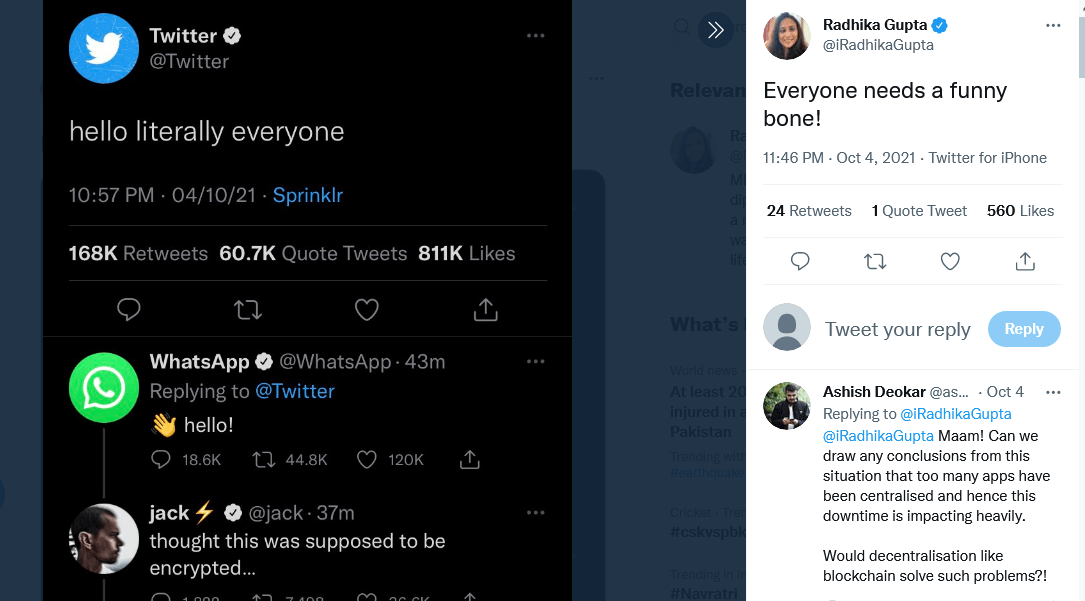 Paytm founder Vijay Shekhar Sharma asked users to not fret over the outage and use the chat service on the digital payment app while clearing their bills.

Bhavish Aggarwal’s Ola Electric showed empathy toward the Facebook-owned platforms, and said it happens to the best of us. Aggarwal also retweeted the post from his personal handle. 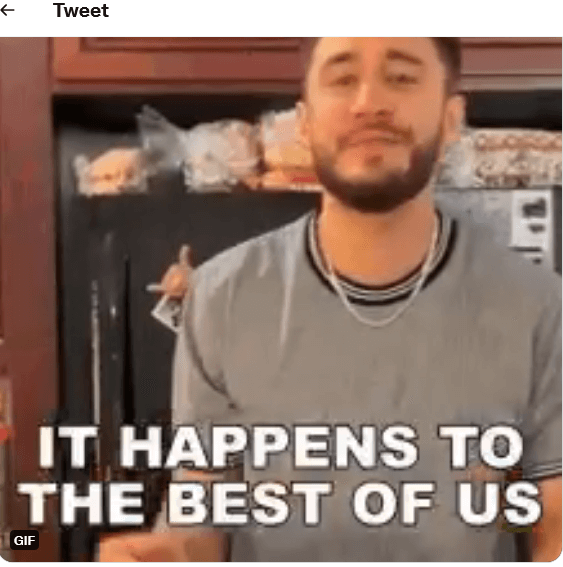 The food-delivering platform Zomato urged users to indulge in some comfort food after the “long break” from social media. “It’s ok, Instagram. Surviving Mondays is tough. CC – WhatsApp,” one of its tweets read.

Rival food-aggregator company Swiggy also implied that people don’t have much to do with WhatsApp and Instagram down. “Kitni baar fridge check karu?,” the tweet read. The tweet means, “how often should one check the refrigerator for food.”

In April, Facebook andn Instagram went down for millions of users for a couple of hours in various parts of the world. The outage was the second in less than a month for the social networking giant.