The Cost Of Internet Shutdowns In 2022

India imposed 34 major shutdowns in 2022, significantly more than any other country in the world, according to a report by Top10VPN, an independent VPN review website that carries out independent testing, research and investigations. 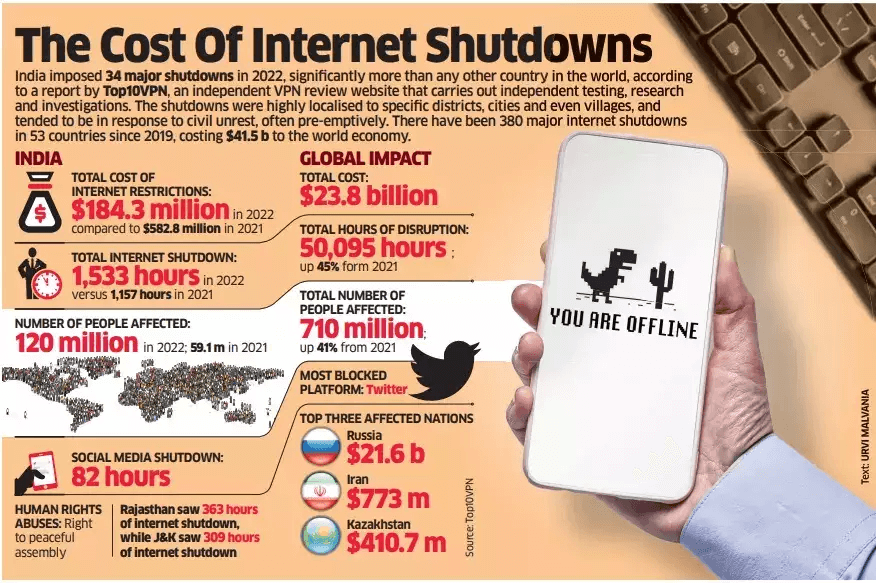 The shutdowns were  highly localised to specific districts, cities and even villages, and tended to be in response to civil unrest, often pre-emptively. There have been 380 major internet shutdowns in 53 countries since 2019, costing $41.5 b to the world economy. 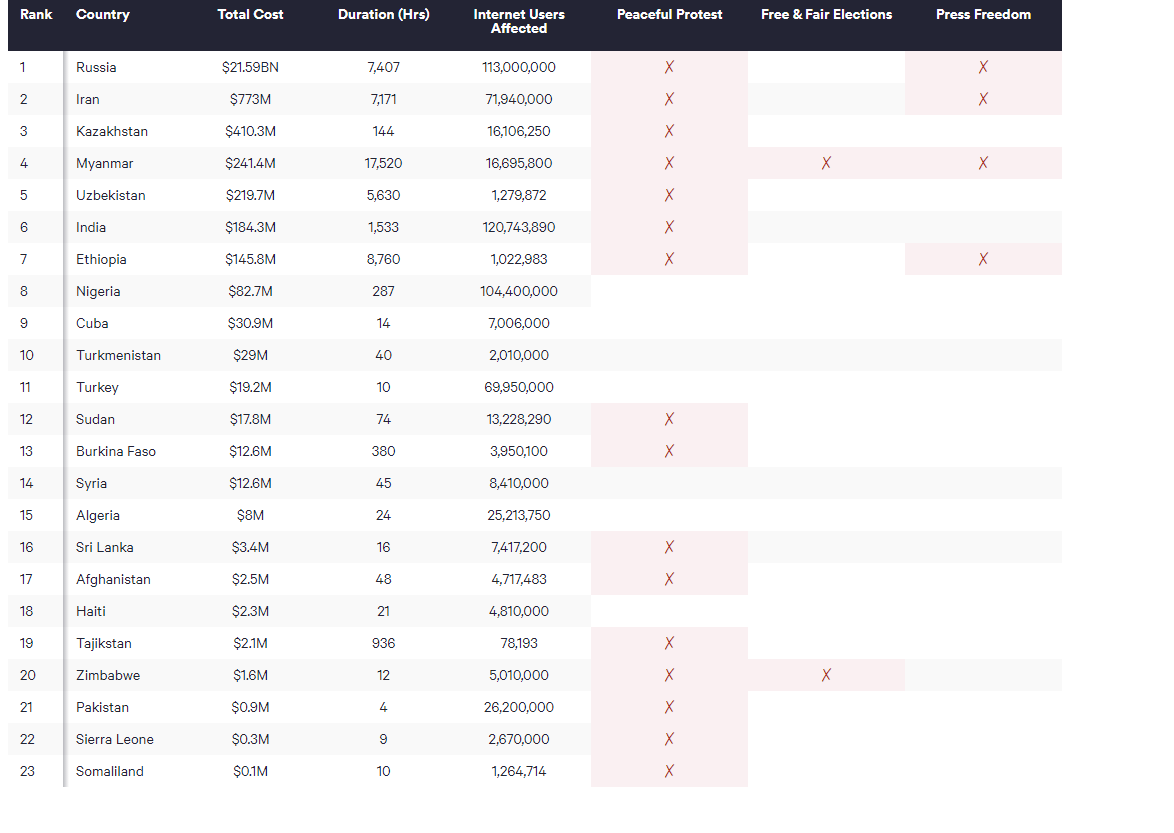