Swiggy, Zomato – Both Running A Close Race To Get Investments Worth Nearly $1 Billion In All 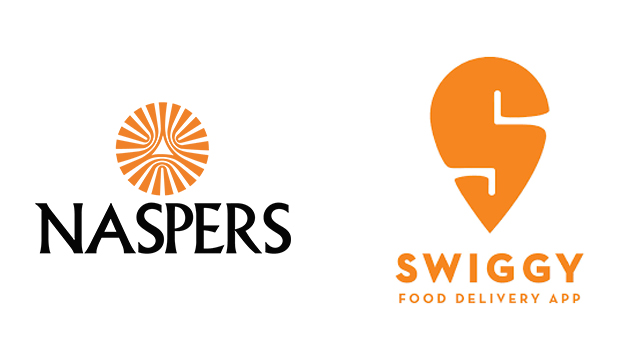 Online food delivery companies Swiggy and Zomato are both on the road to raise fresh capital as the discount war to win the market between the two companies continues. While Swiggy is in talks to raise $500-600 million led by existing backer Naspers along with participation of new investors like Google, Zomato is also in talks to raise $600-700 million, said five sources briefed on the matter, including company executives and investors. This is as per a report in the Economic Times.

Swiggy is said to be looking at a valuation of over $4 billion for this round, up from $3 billion in the previous one that was announced in December last year. While Google, besides several other strategic investors and hedge funds, are in talks to invest $40-50 million each, the round will see the biggest cheque coming from South African media giant Naspers, which already owns over a third of the company, said the sources.

At the same time, Zomato is seeking a valuation of over $3.1 billion, up from $2.1 billion it got earlier this year. Goldman Sachs is running the mandate for Zomato’s round, said these sources.

“Both companies are out in the market at the same time, which allows potential investors to evaluate them against each other,” said one of the investors mentioned earlier. Both deals are still not finalised, the sources added. Swiggy and Zomato compete with the food delivery unit of Uber and Ola’s Foodpanda, which has recently said it will focus on its private label cloud kitchen deliveries and not third-party restaurants.

The new capital-raise by the two companies comes as both are losing $30-50 million each per month on discounts and incentives, besides expanding into new cities. While both have held multiple rounds of discussions with SoftBank Vision Fund since last year, the Japanese investment major will back a company in the space once it is clear who is the market leader, one of the sources mentioned earlier said.

Flush with cash, both Swiggy and Zomato have now aggressively expanded into smaller towns over the last one year as their brand awareness increases due to national advertising campaigns and they look to outdo the other on top line metrics. Zomato recently said that it is present in over 300 cities, adding 100 more cities in just two months. Swiggy is also operating in over 100 cities.

The number of online food deliveries increased by 30% from 1.7 million a day during October-December 2018 to 2.2 million during January-March 2019 period, according to a report from research & consulting firm RedSeer. More interestingly, the share of the top 7 cities, where orders grew by 12% during the period, fell from 74% to 64% with rest of the orders coming from other parts of India.

The overall growth in the industry is expected to increase further in the current quarter, with both Swiggy and Zomato running aggressive campaigns during IPL and now the ongoing Cricket World Cup.

Swiggy has already started trial runs for delivery of daily essentials, including grocery and pharmaceuticals in Gurgaon. Zomato has been working more closely with restaurants across their lifecycle through initiatives like a discount-subscription service called Gold and HyperPure, where it supplies restaurants raw materials from vegetables to meat.

The development comes at a time when mobile application-based delivery players across the world are attracting investor interest. US-based DoorDash recently raised a new round at a valuation of $12.6 billion, while London-based Deliveroo raised $575 million from US online retail giant Amazon. The move underlines heightened interest from both financial and strategic players towards companies that drive high frequency of orders as they look to capture customer wallet share.

“As compared to online retail, the retention of customers is much higher in the food delivery space as these players have started going to smaller towns across the country,” said one of the sources quoted earlier.