With technology a new salvo the digitisation has emerged as a new norm. Reliance Industries’ entry into the world of online retail is set to expand digitised retail stores to over 5 million by 2023, says a study conducted by Bank of America Merrill Lynch. At present, there are 15,000 digitised retail stores.

Nearly 90% of India’s $700 billion retail market is unorganised, made up mostly of neighbourhood kirana stores selling groceries and other sundries.

As per the study, the kirana stores are driving a wave of modernisation and are keen to upgrade their tech. “This is on the back of growing competition from modern trade and e-commerce,” the study said.

“GST implementation has also acted as a catalyst, creating further modernisation pressure as GST compliant bills have to be generated,” it added.

Mukesh Ambani’s Reliance has a deep footprint in over 10,000 Reliance Retail outlets pan-India, and is working to create the world’s largest online-to-offline e-commerce platform in the country. 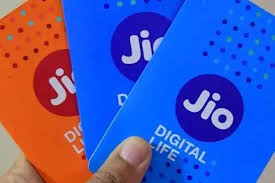 Reliance is looking at installing its Jio MPoS (mobile point-of-sale) device at kirana stores to connect neighbourhood suppliers to its high-speed 4G network that can be used by its customers to order supplies.

It will take on SnapBizz, Nukkad Shops and GoFrugal in this fragmented MPoS space.

Jio MPoS has no merchant discount rate (MDR) on any charge and offers a loyalty programme, it said, adding its monetisation strategy include merchandise delivery, advertising and supply-side aggregation.

“Consolidation is a possibility; as a big player, RIL is entering an otherwise scattered market. Overall, we expect RIL to help expand the current 15,000 digitised store base to 5 million-plus stores by 2023,” it said.

The brokerage said it met with SnapBizz management at their office in Bengaluru. It has 4,500-plus devices installed over seven cities in India or over 30% of the digitised store base.

“The Merchant PoS by SnapBizz is a point of sale platform where merchants can keep a digital record of their inventory, generate GST compliant bills and keep a track of consumer’s buying patterns, in addition to making payments,” the report said.

For a one-time payment of Rs 50,000, the merchant gets a PoS device with Snapbizz software, a screen space to display ads and a personal app to interact with users.

SnapBizz has a contractual agreement with retailers to share aggregate level data with third parties; however personal consumer data is not shared, it said.

The brokerage said it visited 15 stores in Mumbai and Navi-Mumbai to get feedback on general MPoS.

“Most retailers we visited were happy with the merchant PoS and believe the return on investment is good,” the report said. “Kirana stores liked the ease of billing/generating GST complaint bills the best. The PoS system provides an option of adding in-built discounts and also push offers to the entire customer database via SMS.”

Majority of shops visited are not synching inventory in PoS and mainly are using it as a billing device.

Kiranas either found it difficult to enter new inventory items or were reluctant to enter with a fear of sharing data to POS firms.