Pinterest eyes India, SE Asia for global expansion India and Southeast Asia are next on the radar for Pinterest, which allows users to create virtual pinboards, as it starts further pushing its international expansion. This is as per a report in the Economic Times.

The San Francisco-based unicorn, valued at over $12 billion, has 250 million monthly active users, half of them outside the US. About 80% of its new users are from international markets.

“Last few years, we have focused on South America, Western Europe and a bit on Japan. This year we are increasingly thinking about Southeast Asia, India and other parts of the world we haven’t serviced,” co-founder Evan Sharp has been quoted in the report, when asked about the company’s plans to expand into India. Pinterest has opened seven offices in international markets.

Pinterest had introduced Hindi language on the platform four years ago in order to start localising the product for the Indian market. It will look to recommend more “personal” and “useful” ideas like local recipes to users in markets like India.

Sharp, who is also chief product officer at Pinterest, declined to share further details but said, “You will hear more about India and Southeast Asia in the next 12 months.”

Houzz, one of Pinterest’s vertical rivals that focuses on the home decor space, had set up an India office a couple of years ago.

India has been one of the major markets to drive user growth for US-headquartered social platforms like Quora, Twitter and Facebook that also owns Instagram and WhatsApp. For Instagram, which competes more directly with Pinterest, India is already the second largest market with 67 million users in July, behind only the US with 120 million, according to market research firm Statista.

But monetisation or revenue per user in markets like India remains a fraction of the developed markets.

Since early 2017, the number of items pinned on the platform has increased by 75% to 175 billion across 3 billion pinboards. Pinterest serves its users 10 billion personalised recommendations on a daily basis with over 500 million visual searches every month.

The company is said to be planning a public offering and also stepped up monetisation, recently rolling out its “Shop the Look” feature to small and medium businesses and not just large retailers like Macy’s. Pinterest’s revenue is expected to increase 50% to over $700 million, according to a New York Times report earlier this month. 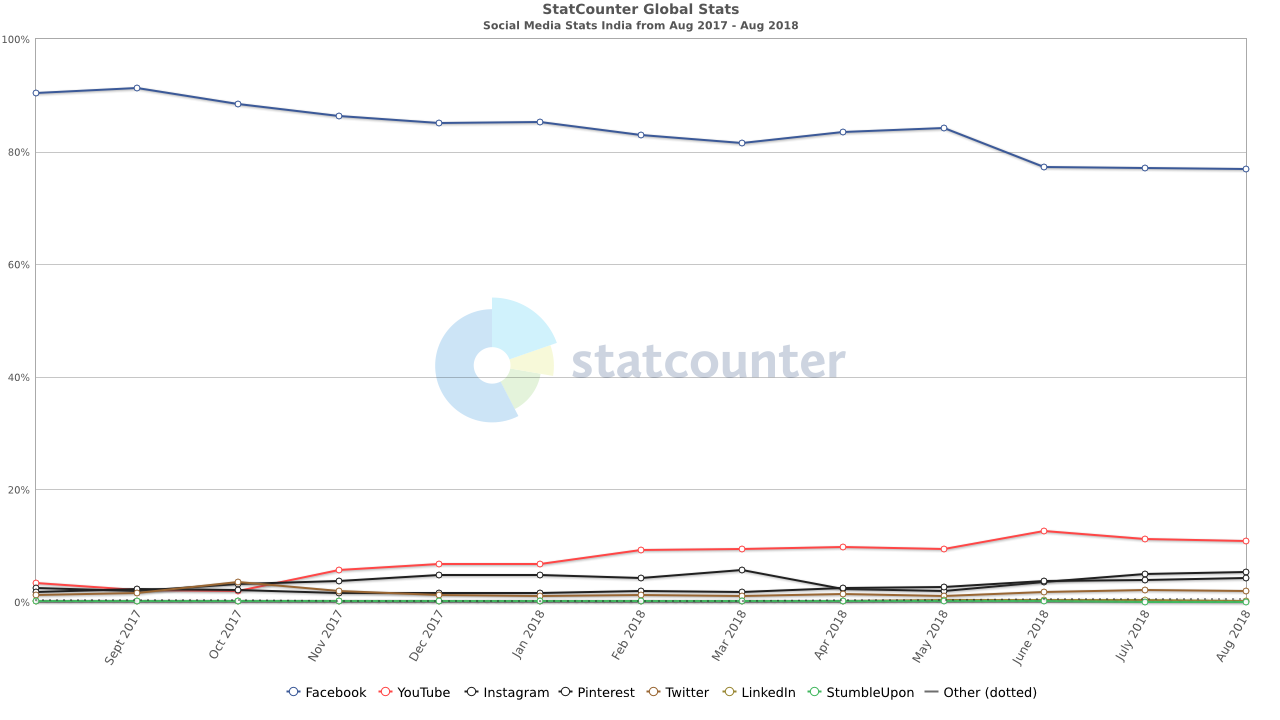 Nine-year-old Pinterest has stayed away from those controversies because it is “about the future”, unlike other social platforms where you are “looking at the news” and “what is happening right now”, said Sharp.