Internet Shutdowns In India Between 2012 Till 2019 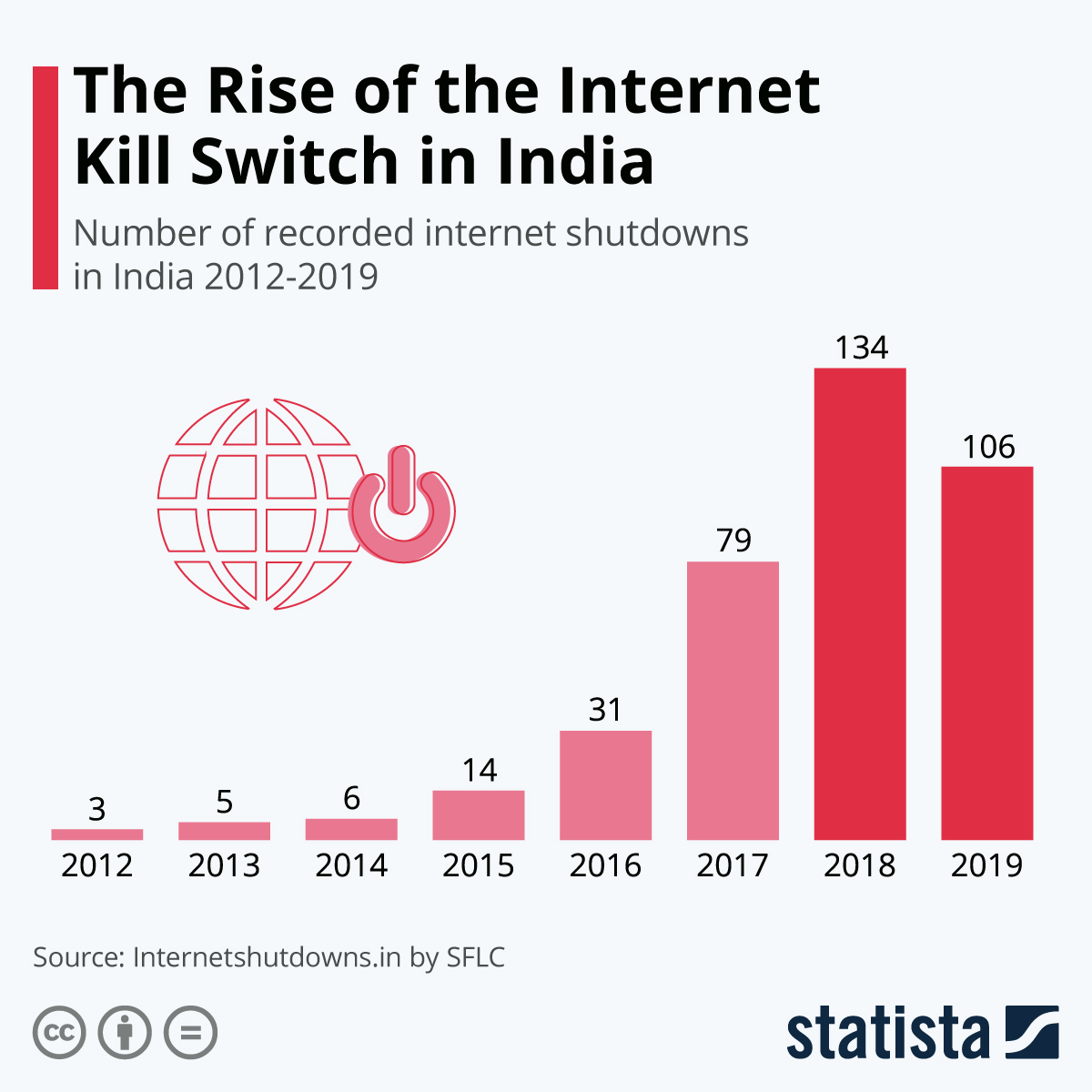 India’s Supreme Court on Friday said that the government did not have the right to suspend internet access in Kashmir for an indefinite time. The current shutdown – while some restrictions have been lifted – remains largely in place since August when the government changed the status of the Indian controlled part of Kashmir, breaking it up into two territories and taking away some parts of the special status of the Muslim-majority region. The shutdown is believed to be the longest ever implemented in a democracy.

India has in recent year’s relied heavily on shutting the internet down to quell protest. In late 2019, when protest erupted over the Citizenship Amendment Act – another law working in the disfavor of Muslims in the country – the internet was shut down in several Northern and Northeastern states in reaction or as a preemptive measure. All in all, the Software Freedom Law Center counted 106 internet shutdowns in India in 2019, slightly below the 134 shutdowns recorded for 2018.