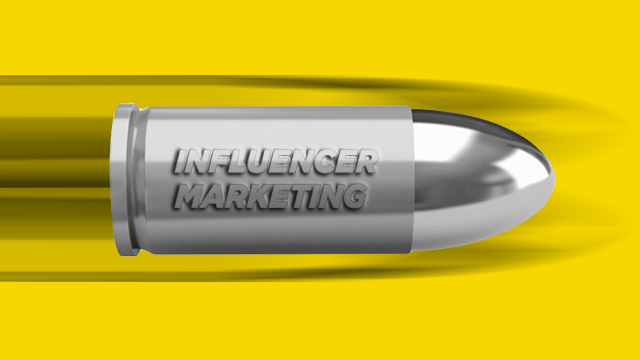 Okay, so basic stuff first. We all understand the human truth – we value opinions of people we trust. Anyone who can exercise some influence can be called an Influencer, and Influencer Marketing is based on that premise.

Recently in one of the meetings with a large Influencer Agency, I wanted to know what they tell their clients. They were quick, ‘The list of Influencers and their reach, interest, background, tone etc’. I heard, asked them, ‘What else?’ They continued, ‘We give them a good brief, talk about the brand etc etc’. I said, Great. ‘What else?’ They looked around. Reassuringly continued further, ‘We also give them the ‘possible things’ to say. We dont give them content to simply cut-paste, we are different’. As he took a sip of water, I as expressionless as before, thanked him for the great revelation and then looked around, asked one more time, ‘What else..?’ Pin drop silence. They now looked at me and said ‘What else..?’ It was my turn.

I asked them three questions:

How may times have you used data? Data in terms of algorithm based analytics, which can deeply convey the ‘nature’ of your influencer’s influence and convince your client all about the science, influencer’s brand affinities, interests etc etc.

Second, Do you boldly dwell into the return on investment? How will it drive sales, for instance?

Thirdly, Do you treat it like a campaign, developing a campaign strategy with a build up, the idea, the extensions and amplification leading to the KPIs?

I added one more question. How are you comparing your Influencer campaign with the clients’ other current running traditional digital campaign. KPI to KPI.

Whether budget strapped start-ups or other developed brands, Influencer Marketing is turning out to be a key element in Digital Marketing mix. There are times it has delivered 10x returns. A brand ‘Shoes of Prey’ used a beauty blogger (vlogger) resulting in a 300% increase in sales.

Earned Media Value: It’s important to talk about the Earned Media, the Influencer campaign generated. Provide examples where it has resulted in ‘incremental sales’, when regular consumers were engaged with influencer content for a corresponding test period.

Experimentation: Tie-in the Influencer campaign with a great offer / deal. That works wonderful. Walmart clubbed both together and got a 45% increase in redemption. Another brand saw 30% increase in footfalls in a retail shop when measured before and after.

Grassroots: Using social listening will tell you who is talking about your brand and is happy using it. Think of Fans, Super Fans, Micro Influencers, General Influencers, Influential followers and all that. Another great discussion we did recently was about identifying influencers who are going to be big soon and getting to bond with them.

Campaign Mind-set: There are several great examples of brands getting Influencer marketing right. Please don’t just think of a list and rush into it. Conceive it like a campaign, think before and after and build it.

SAP used it to sell its B2B conference using influencers to create video. Another retailer got 50 instagrammers to wear the same dress.

Combine Creativity + StoryTelling + Uniqueness of each channel and what technology can enable. Instagram isn’t the only one to use. Surprise the audience with the choice of the Influencer. Use both science and creativity. For ‘Got Milk’ campaign influencers were chosen which no one expected.

Remember Influencer marketing will lead to advocacy, sales, buzz, SEO all of that. Whether your consumers are in the awareness stage, or active consideration or purchase.. this will deliver, if done right.

As a trend some brands are getting Influencers to participate in long term partnership and help collaborate to create new product designs. Two brands – Target and Band-Aid are doing this as we speak.

Rajeev Sharma is the Founder of Awrizon – a performance based digital consultancy. This article was originally posted by him on LinkedIn, and has been republished with permission.