Down Syndrome International (DSi) has teamed up with the Singapore arm of creative agency Forsman & Bodenfors (F&B) and global digital modelling agency The Diigitals to create the world’s first virtual influencer with Down syndrome. Named Kami, she officially launches today on Instagram @itskamisworld—as a confident young woman who wants to break down barriers in the digital space. Despite being a more connected society, the digital world is yet to fully embrace diversity. So the creators of Kami saw an opportunity to revolutionize the digital space by creating the world’s first virtual influencer with Down syndrome. “We know the metaverse and Web3 is still really new to people, but there is activity on there but sadly nobody of disability – and we ask why? Why isn’t there disabled people?” said Russell Watkins, fundraising officer at DSi. “With Kami, it’s an opportunity to make clear that the metaverse should be a space for everybody. We want to drive home that message as early as possible.” 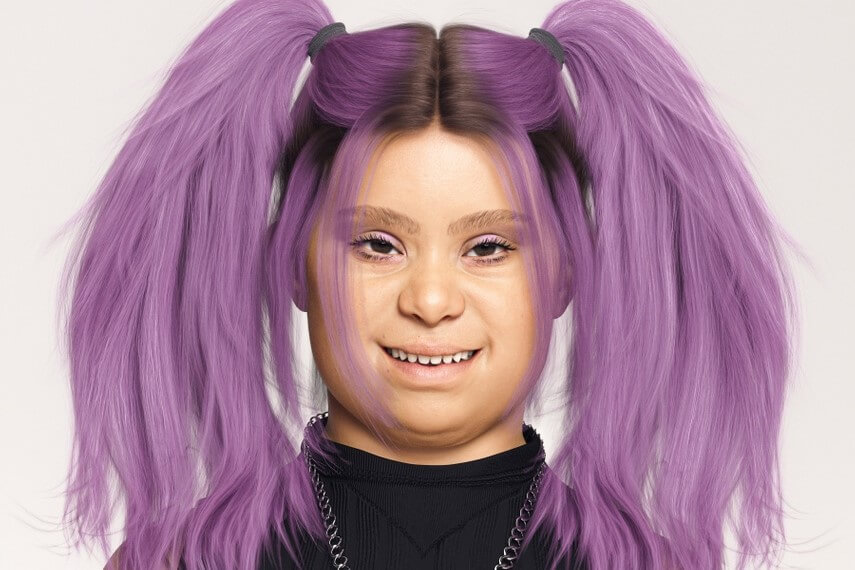 A collaboration driven by the Down syndrome community For Kami to be a truly authentic representation of real women with Down syndrome, a panel of over 100 young women volunteers with Down syndrome from 16 different countries were consulted to collaborate on her creation as a virtual model—acting as the faces, physiques, gestures, voices, and personalities that Kami will embody.

A call to forward-thinking brands

“Our intention here is that Kami is for everybody. Disability is part of the message, but it’s not the whole framing of Kami,” says Watkins. “The point is that she is for everyone.”  Kami’s mission starts with a pledge: Inviting the world’s most forward-thinking communities and brands to help her change the digital space for the better and make it a more friendly and inclusive place. “We’re really excited to see how the community and forward-thinking brands respond to her,” said Deborah Abraham, director of PR strategy & communications at Forsman & Bodenfors Singapore.

“It will be interesting to see if gaming companies come forward and say they want to create an avatar, or if digital fashion brands want to work with her and not just the standard campaign but something different. And then the more obvious relationships with Paralympics or Special Olympics.” In terms of content, to begin with, Kami will be doing a spotlight feature via her Instagram account to highlight some key influencers and personalities in the Down syndrome community.

First off she will co-create content with an artist from the UK named Charlie French, and a model named Lauren Hilaire for her first collaboration.  Beyond Instagram, Kami’s creators foresee her opportunities in the metaverse being “endless”—from representing digital Down syndrome artists to auctioning NFTs, partnering with virtual pop stars, walking down a virtual fashion show, and entering the gaming metaverse are just some examples.

“Kami will also exist in the real world,” said Abraham. “Showing up at real world events. She is open to being invited to brand or community events, showing up as a brand ambassador for Down Syndrome International (DSi).”

The process of creating Kami was part algorithm, part craft. The portraits of the 100+ women with Down syndrome were aligned, then added to a face-averaging programme that ultimately delivered a single image.

Next the 3D-character creator programme Daz3D was used to generate the initial concept and face of Kami.

For founder and CEO of The Diigitals, Cameron James-Wilson, using machine-learning to generate the first phase of Kami was critical to the process of creating a truly authentic and diverse 3D character. 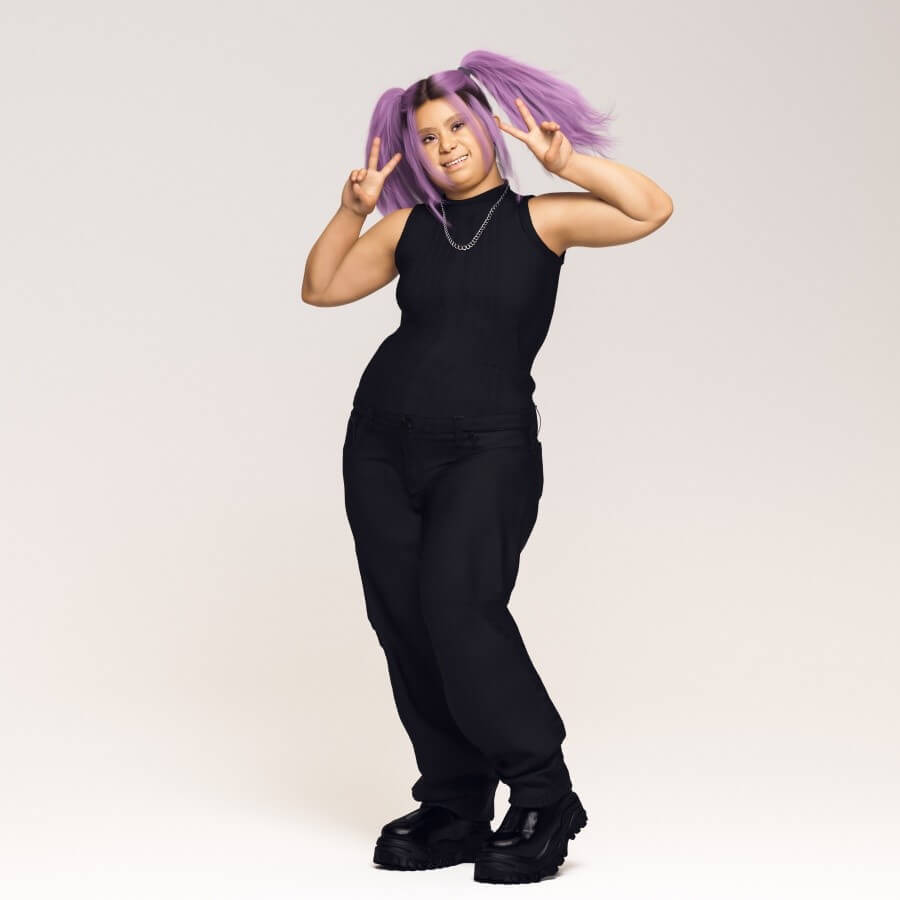 “We really wanted Kami’s DNA to represent all the faces and aspects of these women with Down syndrome, which the programme allowed us to do,” said James-Wilson. With a prototype in place, the final phase of creating Kami was the intricate process of creating her human features in 3D form, from microfibre brows to eyelashes and real-life skin textures. But initially, James-Wilson was told that he didn’t have the option to give an avatar Down syndrome or have the option to create the work or features to make an avatar look a certain way as a person with Down syndrome. “The new 3D metaverse is supposed to be very inclusive and diverse and yet you have a group of people who wouldn’t be able to place themselves in these worlds or see themselves reflected or represented,” he said.

“The great thing about Daz3D (the platform that we use) is that they do have an inclusive software, that is constantly improving and making changes within the metaverse, which is why I’m proud to partner with them to create Kami. From here onwards, Kami becomes a 3D avatar that can take on many different forms and be imported into different platforms. And although Kami is the first virtual influencer with a disability to launch, her creators hope she will set a trend and open the doors for more diversity and a more inclusive digital world.   “Creating characters like Kami signify a challenge to the many layers of digital interface that currently lack inclusivity,” said James-Wilson. “We need to address some of the glaring problems in this space and build the online world we want for the future”.