How Social Media Platforms Help In Sale Of NFTs

You may have heard of Gucci offering an NFT inspired by its Aria collection, with the starting bid quoted at USD 20,000, (possibly) making it the most expensive individual product offered by the Italian luxury fashion house. Or Coco-Cola auctioning an NFT loot box that raked USD 5,75,883.61, or Dolce & Gabbana releasing their NFT fashion collection. NFTs have become popular enough to become a part of the industry glossary and here we take a look at what this complex-sounding concept, actually stands for.

In technical terms, an NFT or a non-fungible token is a unit of data stored on a digital ledger called blockchain, that certifies a digital asset to be unique. For the unacquainted, a blockchain is a system in which a record of transactions made in bitcoin or any other cryptocurrency is maintained.

In layman terms, an NFT is a digital asset that is irreplaceable or interchangeable by another identical item, making it unique, in possession of the owner only and no one else in the world. Owning an NFT in the metaverse is similar to owning a (for example) painting in the real world. A painting only possessed by the sole owner, and irreplaceable as the painting is unique.

There are several duplicates of the painting Starry Night by Vincent Van Gogh that can be purchased from online platforms for INR 1200, but there is only one original in the world that could cost over USD 100 Mn and holds the true essence of the painting’s cultural prevalence.

But owning an NFT doesn’t necessarily mean owning its copyrights, it would be subjective to agreements, but broadly NFTs do not include copyrights.

So what can be considered to be a digital asset? Practically anything in the virtual world. Digital art is where it first began, due to the nature of this creative form. It was one of the early use case applications supported by the unique signature and proof of ownership of the NFTs.

But digital assets are not confined to art, the potential prospects of what these assets can be are practically endless. Collectibles or virtual souvenirs like a virtual card collection or the digital form of a rare physical card collection, Avatars that are commonly used as profile pictures, in-game assets such as (hypothetically) a plot of land in San Andreas, a song or a music composition, and last but not the least *wait for it* – Memes.

The meme of an excited Shiba Inu named Kabosu or infamously known as the ‘Doge’ meme has been officially one of the most expensive memes ever to be sold as NFT for USD 4 Mn or 1696.9 ETH.

Zoë Roth sold a meme as an NFT for USD 500,000. If the name Zoë Roth doesn’t ring any bells, you may know her by the name of ‘Disaster Girl’, a cute kid posing in front of a burning house with a smirk on her face and an expression in her eyes that you may confuse for adorable with scary. Roth was four when the picture was taken in 2005, but the photo has been one of the most popular memes of all times that frequently phases in and out of social media feeds.

The popularity of the meme in internet culture marked the price of its NFT. Charlie Bit My Finger, and Nyan Cat, are a few other memes that have garnered a staggering price as NFTs.

You’re probably familiar with the “just setting up my twttr” Tweet by Dorsey posted in 2006. The Tweet was bought by Estavi for a whopping price of over USD 2.9 Mn. Dorsey donated the proceedings to the Give Directly Africa fund.

The Gucci NFT that was cited as an example earlier is a digital film co-directed by the brand’s creative director, Alessandro Michele, and photographer and director Floria Sigismondi.

The Coca-Cola NFT loot box includes digital versions Coca Cola’s 1940s trading cards, a red bubble jacket inspired by the brand’s signature delivery uniforms, and a sound visualizer that plays classic coke sounds, such as a bottle opening or the beverage being poured. 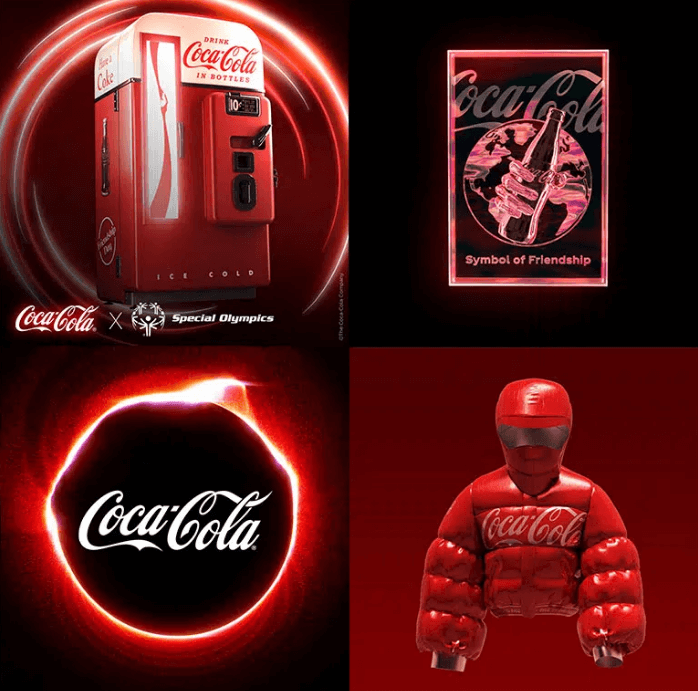 The auction for four unique Coca-Cola NFTs was slated for July 30, 2021, as a single “loot box” through the OpenSea online marketplace. The winning bid garnered USD 5,75,883.61, after being auctioned for over 72 hours. All proceeds from the auction went to Special Olympics International, a longtime partner of the brand. The four multi-sensory, friendship-inspired NFTs marked the iconic brand’s foray into the metaverse.

The Role Of Social Media

Technically, the facilitation of the sale of NFTs would not be hampered even if social media platforms ceased to exist. Several online platforms and marketplaces such as SuperRare, MakersPlace, and WazirX back home have emerged to facilitate the sale of NFTs.

But would it be the same without social media platforms? Definitely not. For instance, digital art has grown and flourished on social media, several artists have a substantial or at least considerable following on social media, and there is no better or faster way to reach out to the community and inform them about an NFT offering, set up an auction, or announce the sale. 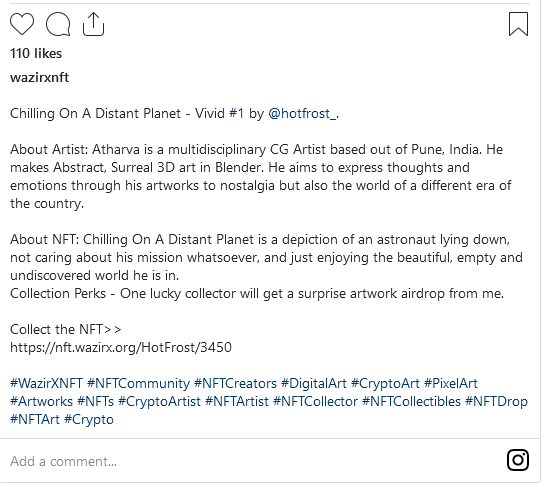 Social media platforms act as the common ground between a buyer, seller, or mediator for the sale of NFTs, in the same way, it connects a consumer to a brand. While there are no concrete features to support the sale and purchase can only be completed after being redirected to an external platform, the area is being explored.

Facebook has stated that the features and products related to NFTs, is an area being explored, and Instagram was found to be testing a feature to assist the sale of digital collectibles. 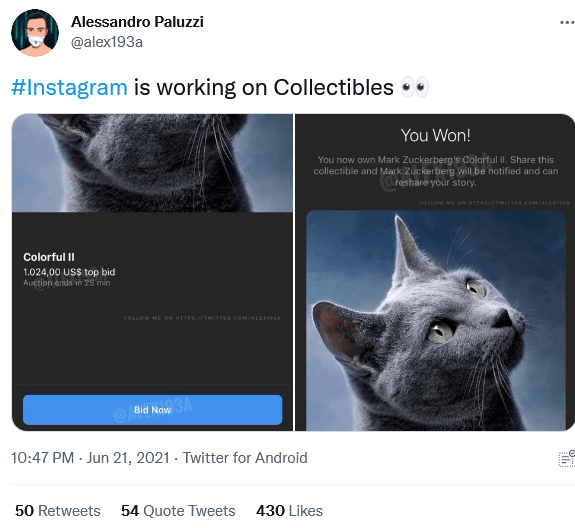 The framework that enables content distribution on social networks is integral to indicating which assets hold significant popularity or virality. Several of the NFTs sold, gain their price value through social platforms, even if their purchase is not enabled on the social media platforms themselves. How did the ‘Disaster Girl’ meme sell for USD 500,000, or how did the highest bid price for Dorsey’s Tweet rake up to over USD 2.9 Mn? Through its popularity on social media.

So, even if social media does not enable the direct sale of NFTs, it holds a calculable and at the same time, intangible value that contributes to the sale of NFTs and determines its monetary value. Social media’s existence will not just dominate the internet culture, but will also shape the future of NFTs.