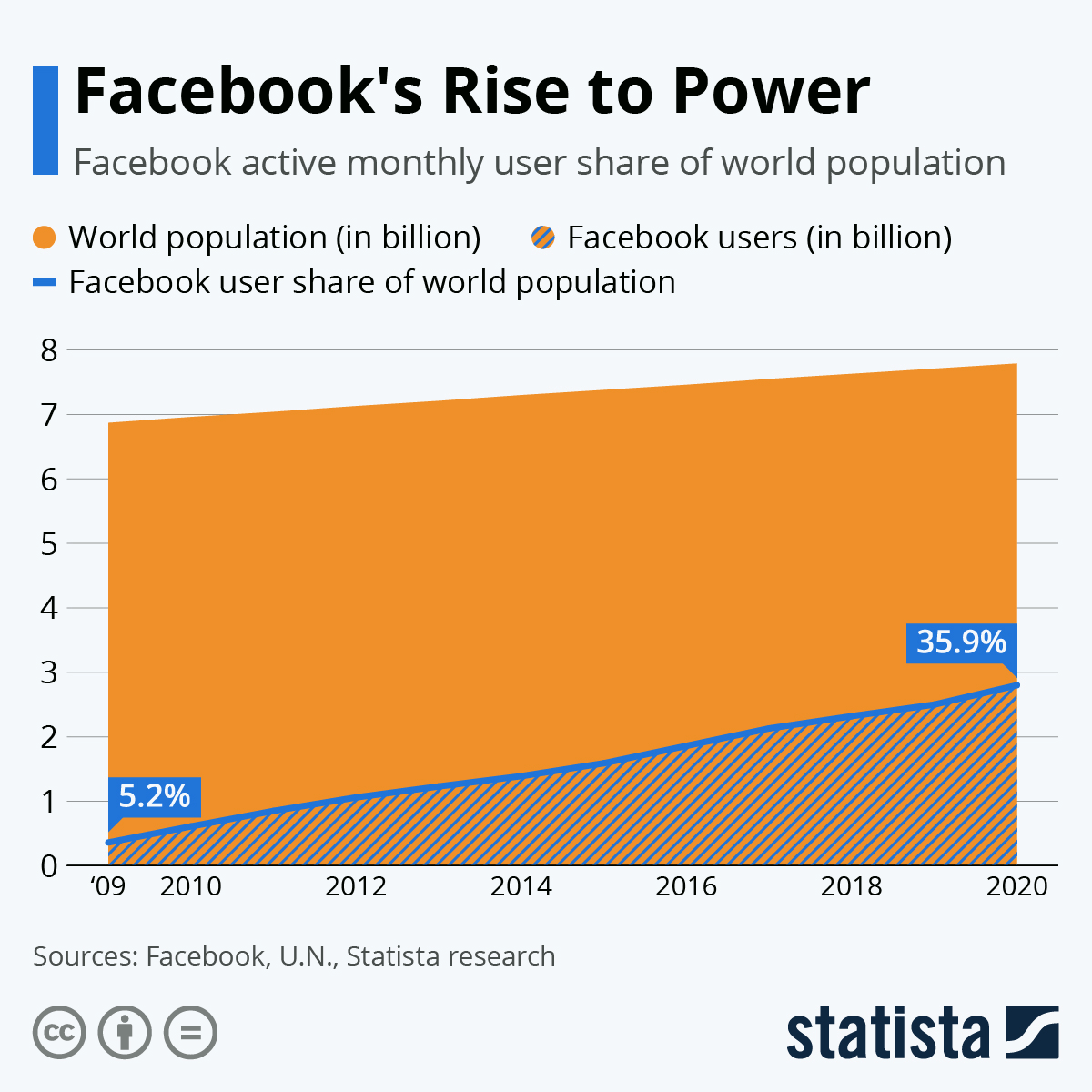 According to official sources, “networking issues” were to blame for the massive outage of all services of Facebook Inc. yesterday, including Facebook, WhatsApp and Instagram. While everything seems back to normal now, this unprecedented downtime perfectly illustrated how dependent the world has become on the tech giant’s services. As our chart shows, Facebook alone is regularly used by more than a third of the world population.

In 2020, Facebook reached the mark of 2.8 billion monthly active users, a dramatic increase from when it first started out. Over the course of just twelve years, the share of the world population using the social media platform started by Mark Zuckerberg in 2004 rose from roughly five percent in 2009 to approximately 36 percent last year. These numbers warrant closer inspection though: With the meteoric rise of fake news and misinformation on social media, fake accounts and bots have also become more prevalent, influencing the user count. As of February 2020, Facebook itself estimated that about 16 percent of all monthly active users were either fake or duplicate accounts.

Since 2004, Facebook Inc. has grown into a veritable online empire, prompting antitrust lawsuits and close scrutiny by media watchdogs. The company owns not only Instagram and WhatsApp, but virtual reality giant Oculus, Workplace, the smart speaker producers Portal and the digital wallet company Novi as well. Last year alone, ad revenue was more than $84 billion, an increase of $15 billion compared to 2019.