Social media platform Facebook has launched a campaign to further popularise its video offering Facebook Watch. The multi-pronged campaign went live a few days back, and includes 4 ad films, and nearly 200 digital assets, spread across weeks. The campaign adopts the tagline ‘Duniya dikhaaye, jo like ho jaaye’, highlighting that the feature gives users access to videos from their area of interest.

FB Watch was launched globally in 2018, and according to the social media giant, currently attracts nearly 1.25 billion people per month globally. The campaign focuses on the proposition of the feature that is videos from the users’ areas of interest, and based on their unique FB community. It is part of the platform’s umbrella brand proposition of ‘More Together’ which it launched a while back.

Avinash Pant, director – marketing, Facebook India explains that the objective of the campaign is not so much to tell people about the product, but to emphasise how enjoyable it is. The TVC’s (35 seconds each) basically show people staring at seemingly boring or mundane things like a clock tower shadow, or a bed sheet drying on the clothesline. When questioned regarding their actions, they simply reply that when you have Facebook Watch, you start craving boring things to see (implying there is so much interesting content on the platform to consume). Taproot Dentsu has conceptualised the ad films.

Pant goes on to elaborate that the video segment is an important one for Facebook from a growth point of view. “India is clearly a video first internet market now with 70 to 80 per cent of the data in the country being on video. So when you look at the predominant role of video, in both online consumption, and even social experiences, it’s a big priority for us.I think a video has become even more an important source of not just entertainment, but even learning.”

Apart from the TVCs, which will be deployed in 2 phases – 2 have gone live, and the other two will go live over the next fews weeks, Facebook also has a social media leg to the campaign. Dentsu Webchutney and Dynamite Design have developed more than 200 digital assets across 9 languages (Hindi, Marathi, Bengali, Odia, Gujarati, Tamil, Telugu, Kannada, and Malayalam) showcasing key interest areas that Facebook has seen seen consumers engage with (food, music, movies, and cricket), including creator content from across genres (Sanjyot Keer – Your Food Lab, Kunal Kapur, Artkala, and Curly Tales). The campaign will run across various platforms like Facebook, Instagram, YouTube, and OTT channels.

Sports forms a key part of the strategy, not only in the media plan, but also in Facebook’s strategy to grow FB Watch in the country. The platform has bagged the rights to Spanish football league La Liga (the tenure has concluded), and currently holds the rights to International Cricket Council events. It also partnered with Sony Pictures Networks India (SPN) for the recently concluded India tour of England, before the series against Sri Lanka.

“Sports definitely drives a massive amount of engagement for our partners. And, we are very clear that we should be able to play a massive role in making that (sports viewing experience) come alive for consumers as well. Consistently we find that Indians are very, very deeply engaged in sports related conversations,” Pant informs. He adds that short form content around sports, for example key moments in a match, find a lot of traction, and are often the most shared pieces of sports related content. 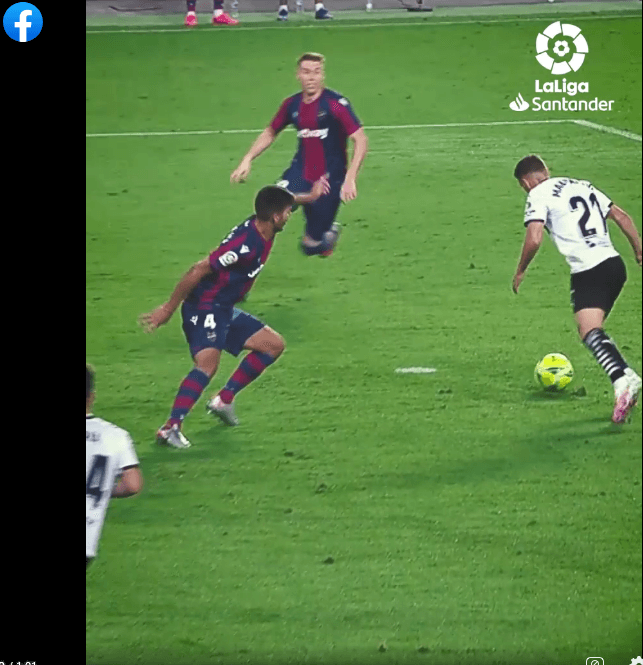 He however points out that for Facebook, sports viewership is to be seen through a different lens than on TV. “It’s not about trying to compete with TV. It’s really about the fact that it can be a fabulous complement to your viewing experience as well,” he explains.

Facebook Watch operates on an advertiser led revenue model. It offers ‘instream’ ads which are unskippable ads of a length of less than 15 seconds. Pant reveals that this ad offering has found traction with advertisers. “It’s prime placement, if you will, in terms of advertising, and they (the ads) deliver relevant value because the user is already engaged in watching videos from our publishers,” Pant says.

He however says that advertisers who have adapted to the platform specifically have seen better results with their advertising strategy. So while a brand may run an ATL campaign, when it comes to a platform like Facebook, the creative and executive needs to compliment not only the overall brand campaign, but also the platform. The mix of advertisers on Facebook Watch has been pretty varied with true blue FMCG categories like packaged flour on one end, and digital natives on the other. Brands that are focussing on their direct to consumer strategy have especially been open to exploring options like Facebook Watch.