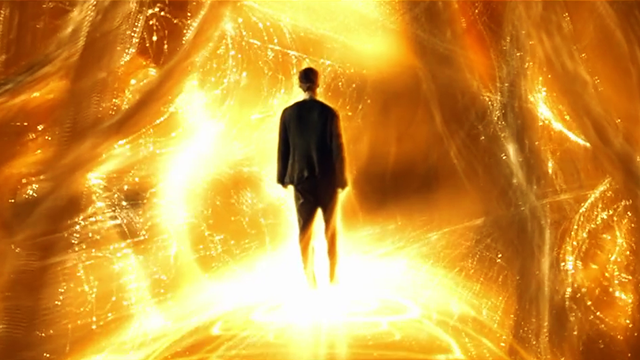 We all know that big data has enormous potential to change our lives. Probably, most of you can think of a number of singular companies that stand out because they use it effectively. But can you also think of an entire industry that has embraced big data in a way that it changes the playground for everyone? Well, good that we are all into digital advertising.

While in other industries singular companies are taking initiatives to make the most of their data and go through long processes of technology implementation, the digital advertising industry has created a simple framework with programmatic in which every buyer is instantaneously empowered to use their own data and the data available on the market to their advantage.

Programmatic is so powerful because it is not only a change of process – it is a change of mindset. When before we would plan a campaign for a particular target group and book large chunks of inventory in the media we thought would be able to reach them, now the individual can finally take center stage and the media they are in is only of secondary priority.

We are moving from a media-centric to a superior people-centric and hence more customer-centric model. No wonder then that in the world’s largest advertising market, the US, already 78% of digital ad spaces are bought programmatically. No wonder, that TV, radio and even billboard advertising are becoming programmatic as they are becoming more digital.

The central condition for this newly-found advertising utopia to work is of course to have the right data and enough of it to identify enough suitable targets to drive large campaigns. And that turns out to be the major problem.As you might have experienced, outside of Google and Facebook today there are hardly any data providers or companies that fulfill both of these conditions. On the one side you’ll find companies that have high-quality data but are lacking scale which quickly disqualifies them. On the other side you’ll find the gold diggers of the programmatic age who take a small data sample, extrapolate it to the entire population and usually assign data profiles to as many targeting segments as possible in order to be able to run larger campaigns and make more money.

This method is called probabilistic targeting because it employs probabilities to guess if a user is male or female, old or young, rich or poor and so on. In theory putting completing the picture by identifying correlations is exactly the promise of big data – in the advertising market however it just doesn’t work in many ways. You can hardly make the conclusion that someone with a certain gender also has a particular interest or that someone interested in sports has to be a man or a woman. This is why those providers wrap their data products in fancy algorithms but what they really do is sacrificing quality for scale and making use of the fact that it is difficult to isolate the effect of the data employed on the campaign outcome.

Research companies like Nielsen have long identified this problem showing that targeting accuracy in many cases is way below 50% which in cases of simple gender targeting for instance is worse than throwing a coin. No wonder then, that programmatic in India so far only makes up 10% of the Indian digital ad market.

But there’s good news!  The cure for this disease is well-known, it just turned out to also be difficult to attain. Deterministic data is the hardest currency known in advertising. It is data that through its source and collection mechanism is known to be true. This holds true for data that is not derived or modelled but directly observed as well as for data that is by nature verified such data that is obtained from ID cards that you have to show when signing up for official contracts or the like.

Making this data widely available is a mission we have been pursuing with zeotap since 2014 and with success. Back then we quickly realised that telecom operators were both right at the source of data generation by sitting inside smartphones and that 2-3 of the major ones per market could empower precise targeting across a majority of the smartphone population. Their data is highly deterministic because it comes straight from the source and it is very scalable and solves the current discrepancy in the market. Behavioral data like visited sites, roaming behavior, phone spending and others could be directly observed from the smartphone usage and socio-demographic data was collected from a subscriber’s ID card.

Today, three years later, we have won three of the major Indian telcos and many more around the globe to join our platform based on best-in-class data security and privacy. We could prove in Spain that our data is up to 94% precise and hence up to 6 times better than current market standards. Many large brands like Red Bull, Samsung and Mercedes use our data products around the world to take the leap into data precision at scale.

This is also great news for the Indian market which is rate performance focused. On average our clients are seeing engagement rates that are usually well over 100% and not seldom 500% better than in campaigns without or with other data. Additionally we could build an identity graph from the telecom operator data that empowers anyone with offline data to bring their data live in the digital advertising ecosystem. That way, we hope to contribute to the Indian programmatic market growing as strongly as the US market in programmatic throughout the last years. The golden path for more people-centric advertising is wide open. 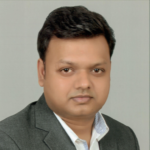