Dailyhunt Is India’s Latest Unicorn After Receiving More Than $100 MN From Google, Microsoft Among Others

Verse Innovation, parent company of news aggregator Dailyhunt, has received more than $100 million financing from Google, Microsoft and Falcon Edge’s Alpha Wave Incubation at a valuation of more than $1 billion, making it the country’s first tech unicorn focused on local languages. Existing investors Sona Group and Lupa Systems also participated in the fundraise. This is as per a report in the Economic Times.

The company plans to use the funds to scale up its short video app Josh, develop its content creator ecosystem and double down on its Articial Intelligence and Machine Learning push. The investment comes even as Dailyhunt appears to be restructuring its operations to diversify into multiple categories in the wake of the government’s move to cap foreign investment in digital media arms at 26%, effective Oct. 31, 2021.

Founded in 2009 as Newshunt, the Bengaluru-based content startup rebranded as DailyHunt in 2015. It aggregates content from newspapers and websites in multiple Indian regional languages, including Marathi, Gujarati, Tamil and Bhojpuri.

Earlier this year, the company expanded its suite of apps to include Josh, to fill the short-video void left in the wake of India’s TikTok ban. The app now claims to have more than 77 million monthly active users with over 1.5 billion video plays daily. Overall, DailyHunt says, it has more than 300 million users across its various apps and a network of over 100,000 content partners and individual content creators. The investment banking arm Avendus was the sole advisor on the deal. 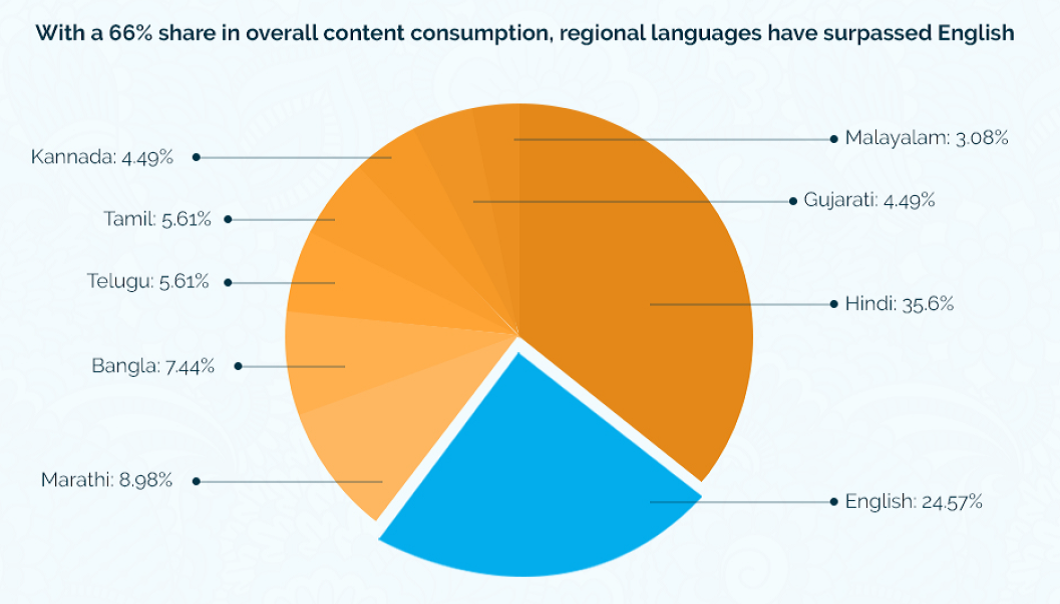 Local language content is one of the largest and untapped opportunities in the Indian internet space. With nearly half of its population online, India is among the fastest-growing internet markets globally. A report by KPMG and Google noted that 9 out of 10 new internet users between 2016 and 2021 will use local languages.

“These investments underline our strong belief in partnering deeply with India’s innovative startups, and our commitment to working towards the shared goal of building a truly inclusive digital economy that will benefit everyone,” said Caesar Sengupta, vice-president, Google.