Activist group Avaaz has released a new report highlighting the extent of health misinformation on Facebook. It states that the company is failing to keep people safe and informed during the pandemic and that anti-vaccine communities, conspiracy theories and bogus health cures are all rampant on the platform. False or misleading health items were viewed an estimated 3.8 billion times on Facebook over the past year and they peaked during the pandemic. The research focused on 82 websites known to be spreading false or misleading health stories and they had 460 million views in April of 2020. Facebook responded to the report by saying that “it did not reflect the steps we’ve taken”.

Avaaz said that those 82 websites represent a limited sample and and even though their reach is amplified by Facebook pages, groups or individual profiles, the scale of the problem highlighted by the report is likely a conservative estimate. The severity of the situation can be seen by the fact that content from the top-10 websites spreading health misinformation had nearly four times as many estimated views on Facebook as equivalent content from the websites of 10 leading health institutions over the past year. Those intitutions comprise The World Health Organization, The European Centre for Disease Prevention and Control as well as leading health institutes in the United Kingdom, United States, France, Italy and Germany. 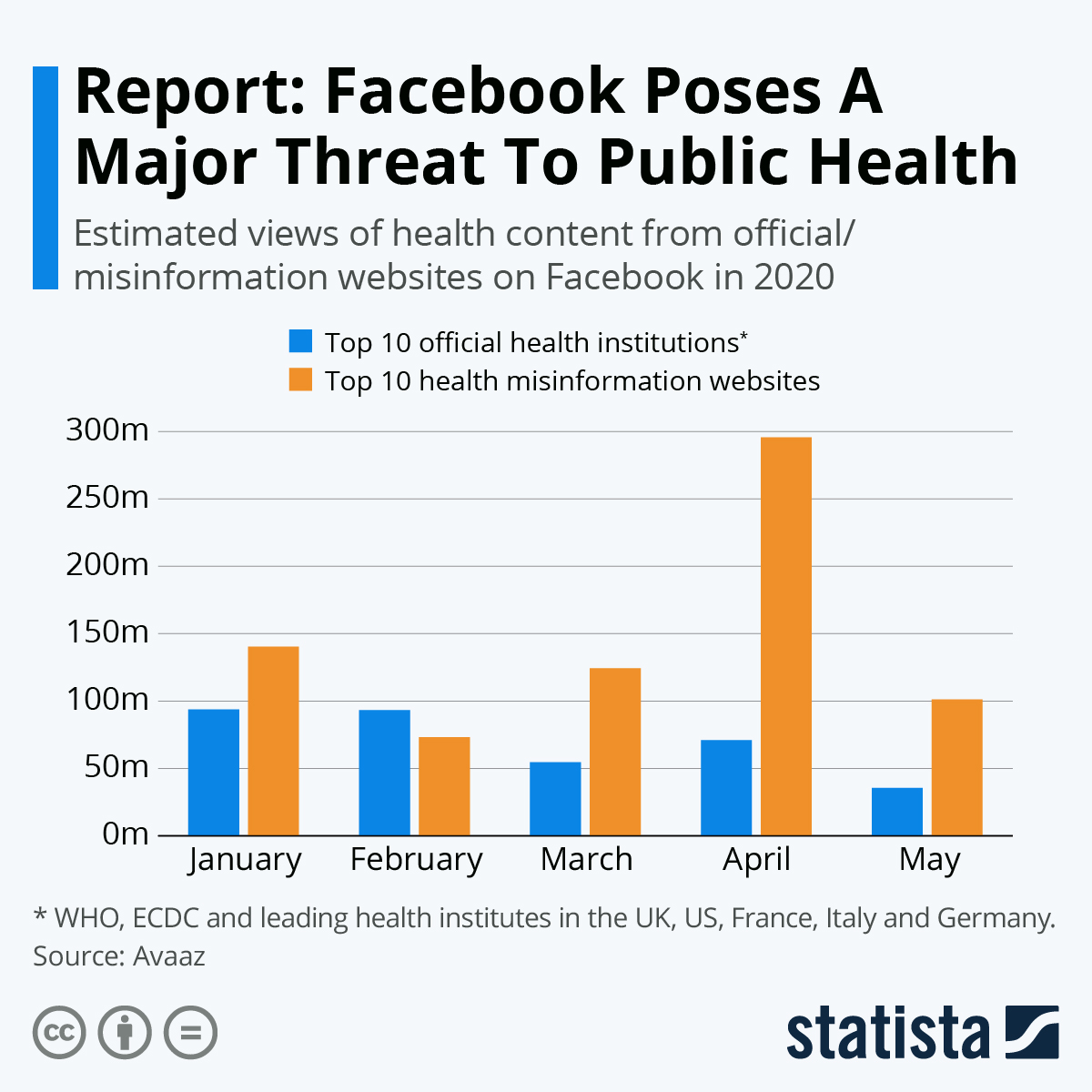 This infographic highlights the misinformation trend over the course of the coronavirus pandemic between January and May of this year. Content from the top-10 misinformation websites was viewed more than 124 million times in March while the top-10 official health institutions received a mere 55 million views in comparison. When things peaked in April, the ten worst bogus websites had 296 million hits while the official ones only had 71 million.