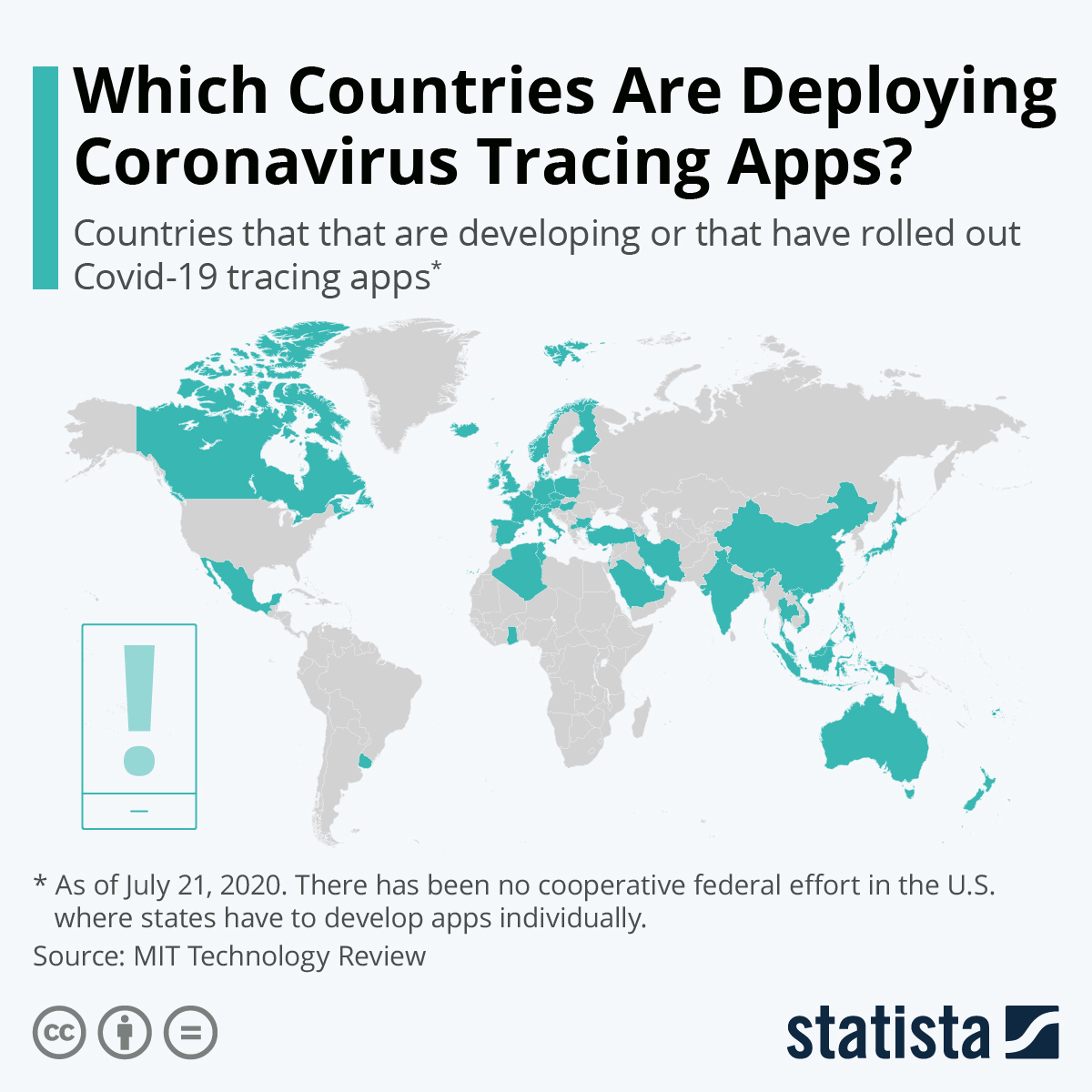 The list of countries that are developing or that have released coronavirus tracing apps is extensive and according to tracking by the MIT Technology Review, close to 50 governments are currently implementing it. The technology was quickly seen as a potential way to limit the spread of the pandemic by identifying and notifying people who came into contact with carriers of Covid-19. Even though tracing apps have shown promise, they are highly controversial due to privacy concerns. The extent to which the apps collect user data varies considerably by country with China’s system harvesting everything from citizens’ identity, location and online payment history to Germany’s Corona-Warn App which complies with Berlin’s strict laws on privacy.

Despite the concerns, experts have said that the apps can indeed prove crticial in improving contact tracing and identifying chains of infection. The technology does have other weaknesses apart from privacy and one glaring one is that an app needs a large userbase. In Germany, it was initially stated that 60 percent of the population needed to install the Corona-Warn App but that figure was later dismissed by Health Minister Jens Spahn who said he would be satisfied if a few million users downloaded it. So far, 14 million Germans have installed the app and the coronavirus situation in the country remains largely under control, with some localized outbreaks contained in recent weeks.

Another weakness that has to be mentioned is that states are developing apps individually which means they are not compatible between countries. For example, if a German traveler departing Paris and arriving in Cologne tests positive for the virus at a German facility, no warning will be sent through the French contact tracing system to his or her contacts back in the capital. That may leave travelers with no option other than to install several apps (or to just stay at home if possible).

The patchwork individual approach to developing contact tracing apps is also evident within the borders of the United States where their introduction has been plagued with problems. There is no single app in development for the whole country – the decision to use one rests with public health authorities in different states. Apple and Google announced on April 10 that they are building contact tracing technology into their operating systems (Germany’s app is based on their technology) but by mid-July, only four U.S. states said they will participate in the project. That’s according to website 9 to 5 Mac who are tracking the situation at state level.

Aarogya Setu is an app that warns a user if they come in proximity of someone who has tested positive for Covid-19, and also provides tips on prevention. The app primarily uses location data generated via GPS, bluetooth and a user’s phone number to trace the places the user has been to. This information is then cross-referenced with the Indian Council of Medical Research (ICMR) database where positive cases have been reported. Whenever there’s a match in location data, the user gets a prompt.The app has been downloaded over 10 million times from Google Play store since it was launched 2 April.