The full-page print advertisement dated March 19 from live tutoring platform Vedantu was one among many by education technology firms, which have been on advertising overdrive over the past few weeks. This is as per a news report by the Economic Times.

Several other ed-tech firms also have put out similar ads on the front pages of national dailies.

At a time when schools, colleges and tuition centres are shut due to the Covid-19 virus outbreak, ed-tech firms are trying hard to bag new users as online education takes off globally.

Edtech firms Byju’s, Vedantu, Unacademy, Toppr, Testbook, UpGrad and a few other players are offering free access to their platforms, content and live classes for students and they are backing that up with strong advertising and PR drives to get as many people to sample their offerings.

“It’s a good user acquisition strategy,” said Karthik Srinivasan, an independent brand communication consultant who has been closely tracking ads in recent weeks. “They (edtech firms) have something that is useful to people today and they’re taking advantage of that…”

It was still too early to say whether people would stay on as paying customers after the current widespread lockdown is over, but the edtech sector would continue spending big advertising money in the foreseeable future to ride on this momentum, he added.

“A lot of exams have been cancelled and usage of our platform is around examinations. So, to counter that, we’ve been doing a lot of SMS and email advertising around our own student base and we’re seeing great results,” said Ashutosh Kumar, co-founder and CEO of Testbook, which claims it has seen transactions in the last 48 hours go up to 250,000 from 600-800 daily transactions earlier. 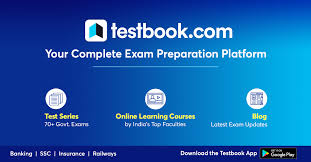 “What edtech players are trying to do is be an extension of the increasing OTT consumption and use of platforms such as video chat to enable learning,” Nihal Nambiar, associate VP at digital marketing agency iProspect, said.

“It’s too early to say if consumers are jumping at edtech products, or it’s just a wave of early adopters, we need to watch this for 2-3 weeks to see what it’s becoming,” he added.

Increased ad spends by edtech firms are also helping counter drops in advertising by sectors such as travel, aviation and FMCG.

Nambiar added that while some sectors have clearly stopped advertising because of financial strain, others such as e-commerce and banking continue to spend on ads.

Byju’s, the largest edtech company in the country, was the first to announce free access to its platform until April 1 but has yet to begin marketing itself around the current situation.

However, an employee in the know of the company’s plans told ET that Byju’s had planned a marketing blitz around the same.

Several industry watchers and executives said edtech firms are looking at the present situation which is akin to how fin-tech firms viewed demonitisation, the government’s move to invalidate all large denomination banknotes in November 2016. Companies such as Paytm which latched onto marketing around Demonetisation early on, reaped massive benefits in the months that followed.

Several industry watchers and executives said edtech firms are looking at the present situation like how fin-tech firms viewed demonetisation, the government’s move to invalidate all large denomination banknotes, in November 2016.