Byju’s Is The Most Popular Online Learning Platform In India 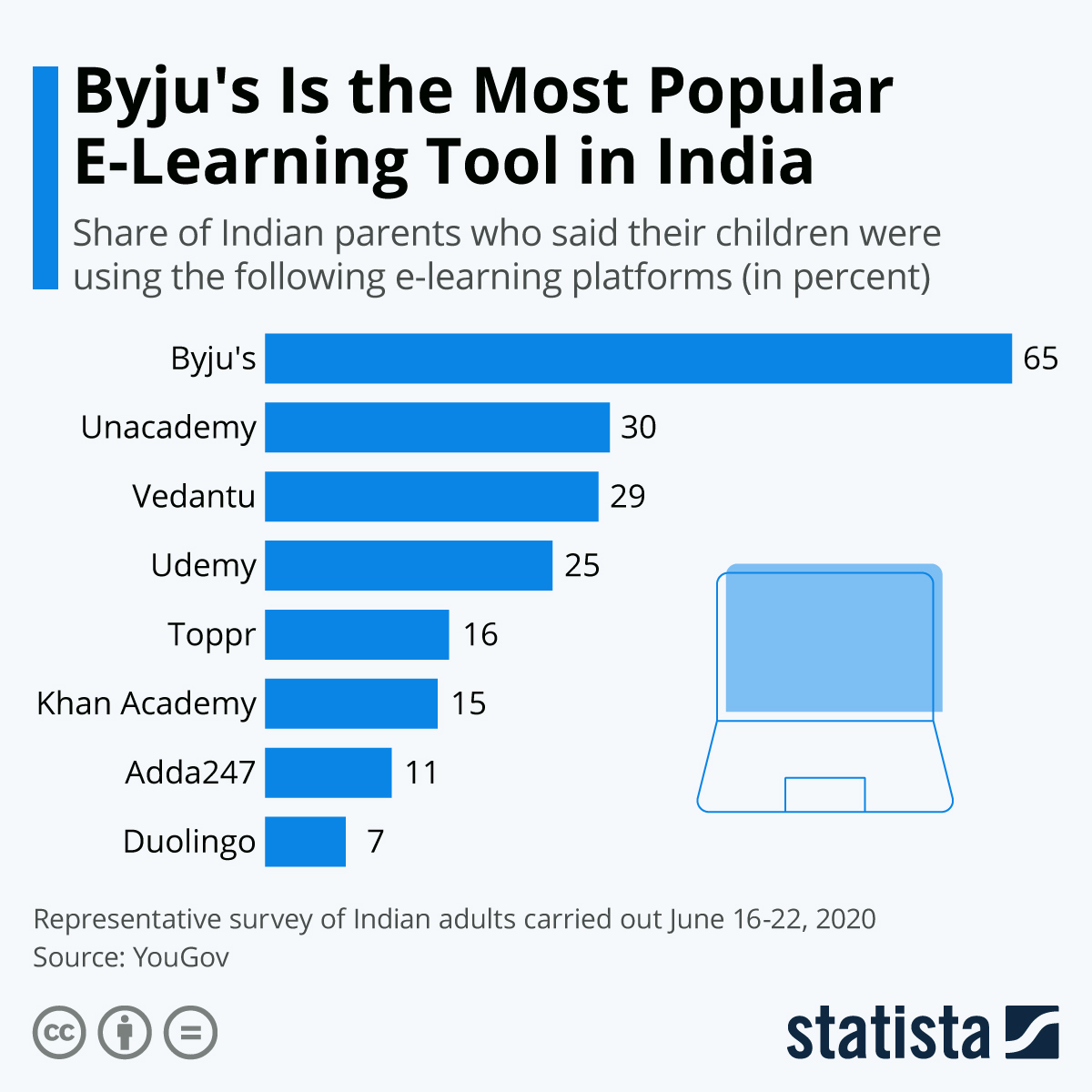 E-learning platforms have been in heavy use as homeschooling continues in many states around India. According to a survey by YouGov, Indian startup Byju’s is the most popular tool in India with 65 percent of parents saying their children have used it. Runner-ups Unacademy and Vedantu only were used by around 30 percent of children, according to their parents.

The survey by YouGov also revealed that around half of Indian parents did not feel comfortable sending their kids back to school. 48 percent said that their kids were learning well by using the online platforms independently. 55 percent of parents said that their children were now subscribed to an online learning platform, up from 40 percent before the pandemic.