Machine learning projects took home the most funding in 2019, receiving more funding than all other artificial intelligence systems combined. Between both machine learning apps and platforms, over 42 billion dollars went to the development of those automating systems. All other projects that use artificial intelligence, including advancing smart robots, virtual assistants, and natural language processing, got about 38 billion by comparison.

While funders are getting behind more machine learning ideas, some of the biggest players in the space are putting resources behind not just advancing these systems technologically but also ethically. Google’s CEO Sundar Piachi released a transparency effort at Google’s I/O developer’s conference this week. Other industry behemoths, like IBM, have pushed for more transparency and software add-ons that could monitor algorithms to see how biases are built into them. As artificial intelligence grows, grossing more funding dollars, the responsible development of these technologies is imperative for their proper use in the future. 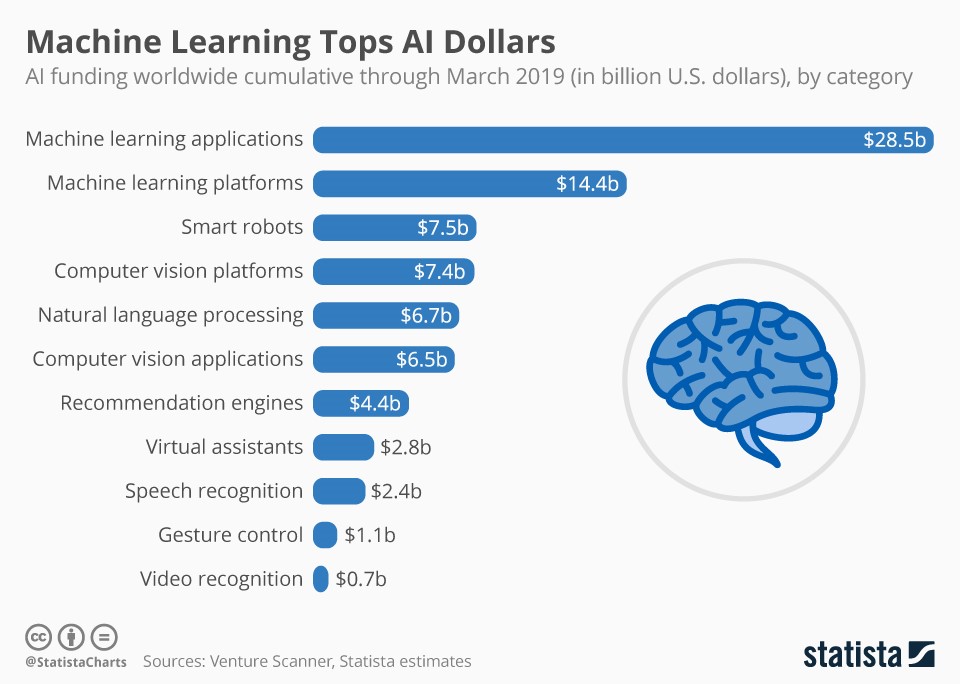